In Fall 2016 the CaD studio focused on the Block Park area  in the City of Kingston, New York. The site is situated along the Rondout River, a significant tributary to the Hudson River. The Block Park area was once a major port for the coal industry. Today it is comprised of several properties- an important marina for recreational boaters, a public park used by the local community and a privately owned, undeveloped island in the Rondout. Other marinas, park, industrial, and abandoned factory sites are nearby at the mouth of the Rondout as it drains to the Hudson River. Associated with the marinas is a historic waterfront destination called The Strand, which is growing commercial center with waterfront restaurants, museums, an operational trolley,  shops and other tourism-associated uses. Increasing interest in Kingston, and present and future needs to accommodate a growing, tourism-oriented economy, is turning Kingston – like many American cities – back towards its waterfront. 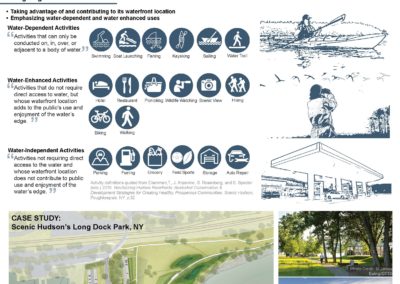 “Kingston Rising: Increasing Awareness and Education Through Revelatory and Adaptive Design” (Kimberly Blacutt BSLA’17 and Ivy Wong BSLA’17) responds to projected sea level rise with a multi-part proposal for adaptation and accommodation of corresponding marsh migration. Different strategies and edge conditions are demonstrated and tested on the site, turning Island Dock into a testing ground for marsh migration design. An elevated path through the site traces an allegorical timeline and offers visitors an overview of the changing ecology of the site through the coming decades.

Kingston on the Rise

The “Kingston on the Rise” design concept (George Anderson BSLA’17, Nathan Gowan BSLA’17, and Nathaniel Welsh BSLA’17)seeks to create a climate-responsive space of ecological quality, economic revitalization, and community engagement. Featuring an open-air performance space at the eastern tip of the island, multi-function ferries, and significant expansion and accommodation of freshwater wetlands, the project symbolically blurs the boundary between water and land, encouraging visitors to consider the relationship between the City and its waters. 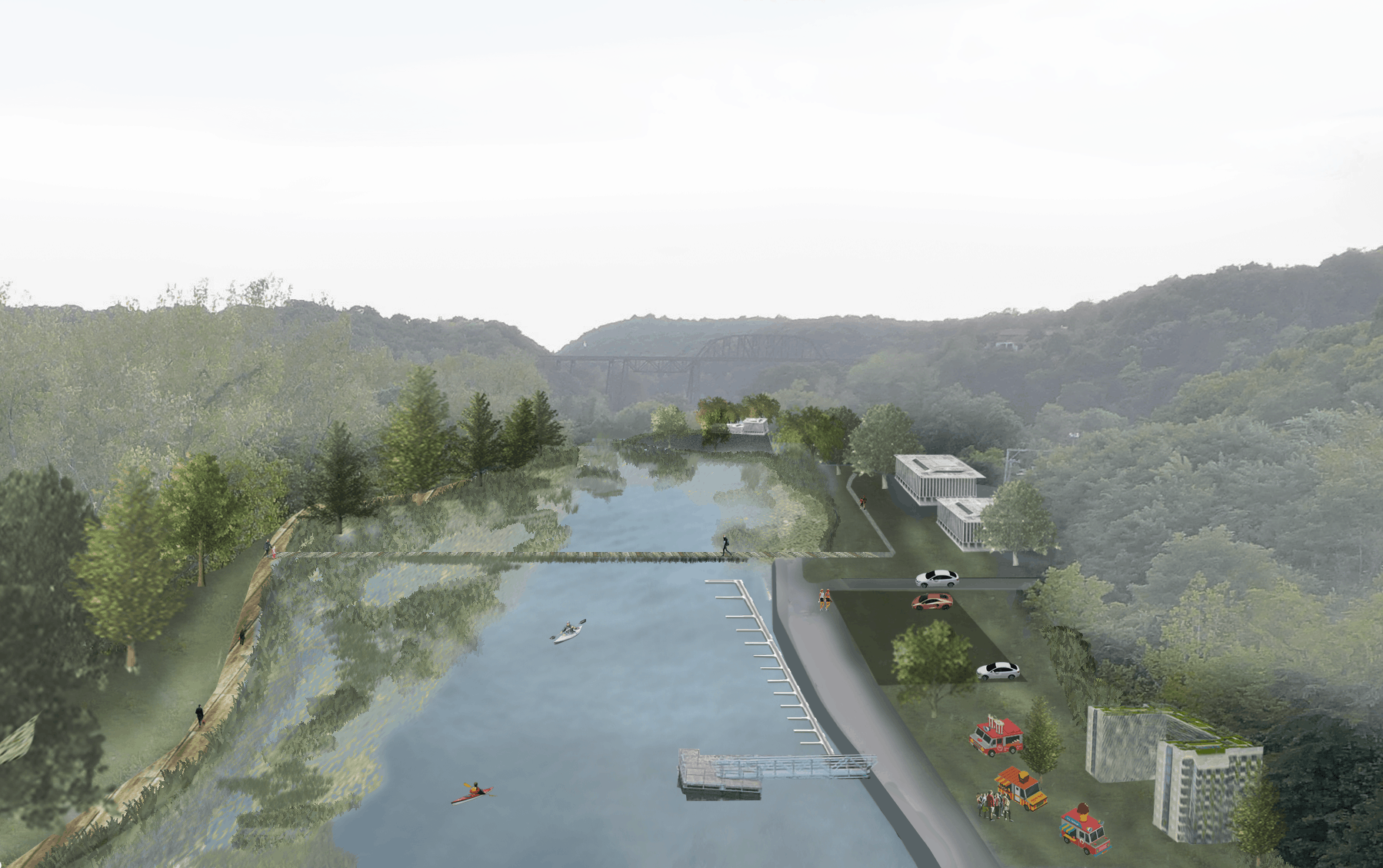